Botox is a naturally-occurring protein made by the bacteria Clostridium Botulinum. It is manufactured and purified by Allergan Pharmaceuticals and has been used for cosmetic procedures since 2002. Because Botox is a relatively large molecule, it cannot be absorbed through the skin like many creams and other beauty products. It must be injected by a physician/healthcare professional with knowledge of anatomy, as well as appropriate depth and dose.

How does Botox work?

Acetylcholine is a neurotransmitter responsible for communicating the desire for muscular contraction. It is released by the nerve and binds to the muscle. Botox works by preventing the release of Acetylcholine. Thus, the signal to contract is never communicated and the muscle remains in resting form.

Botox benefits have been studied and proven to be evident in the treatment of hundreds of overactive muscle disorders. It was first used therapeutically in the 1960s when an ophthalmologist discovered he could selectively target certain muscles of the eye and treat infants with strabismus (commonly referred to as cross-eyed). It has since gained popularity in treating disorders of the esophagus, the bladder, and almost all skeletal muscles of the head, neck, torso, back, and extremities.

Because acetylcholine is additionally the neurotransmitter responsible for sweat gland innervation, Botox can be used to treat excessive sweating, known as Hyperhidrosis.

It can also be used in the treatment of migraine headaches.

Cosmetic procedures, however, remain the most common use of Botox today.

Botox is the most common cosmetic procedure.

The procedure is typically performed in a medical office. The patient tells the physician their areas of concern – typically the frontalis, the corrugator supercilii, and the orbicularis oculi, which are more commonly referred to as forehead wrinkles, frown lines, and crows feet, respectively. A small amount of Botox is then injected at specific sites within these muscles.

Results typically take approximately three to four days to appear and last for approximately three to four months. The longer a patient has been receiving Botox injections, the less Botox they require. Individual timeframes and results will vary. This is because the treated muscles decrease in size from inactivity and small muscles require less Botox than large muscles. 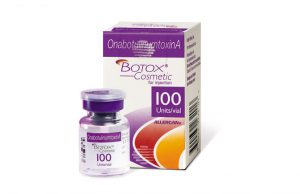